There are some sports that really deserve being captured on camera. Whether it's the camaraderie while climbing to altitude, exiting an aircraft, in the air, under canopy, swooping a pond or a graceful stand-up landing, the images of our sport give us a magnificent and inspiring perspective. Enjoy!

All photos on this website are copyrighted material and all rights are reserved. All photos and text on this website are for personal viewing and are copyrighted by the credited photographer. NO commercial, non-profit, or governmental use of any kind is allowed without written permission from the credited photographer. NO permission, either expressed or implied, is granted for the electronic transmission, storage, retrieval, or printing of the photographs contained on this site. Express written permission must be granted from the photographer (copyright holder). 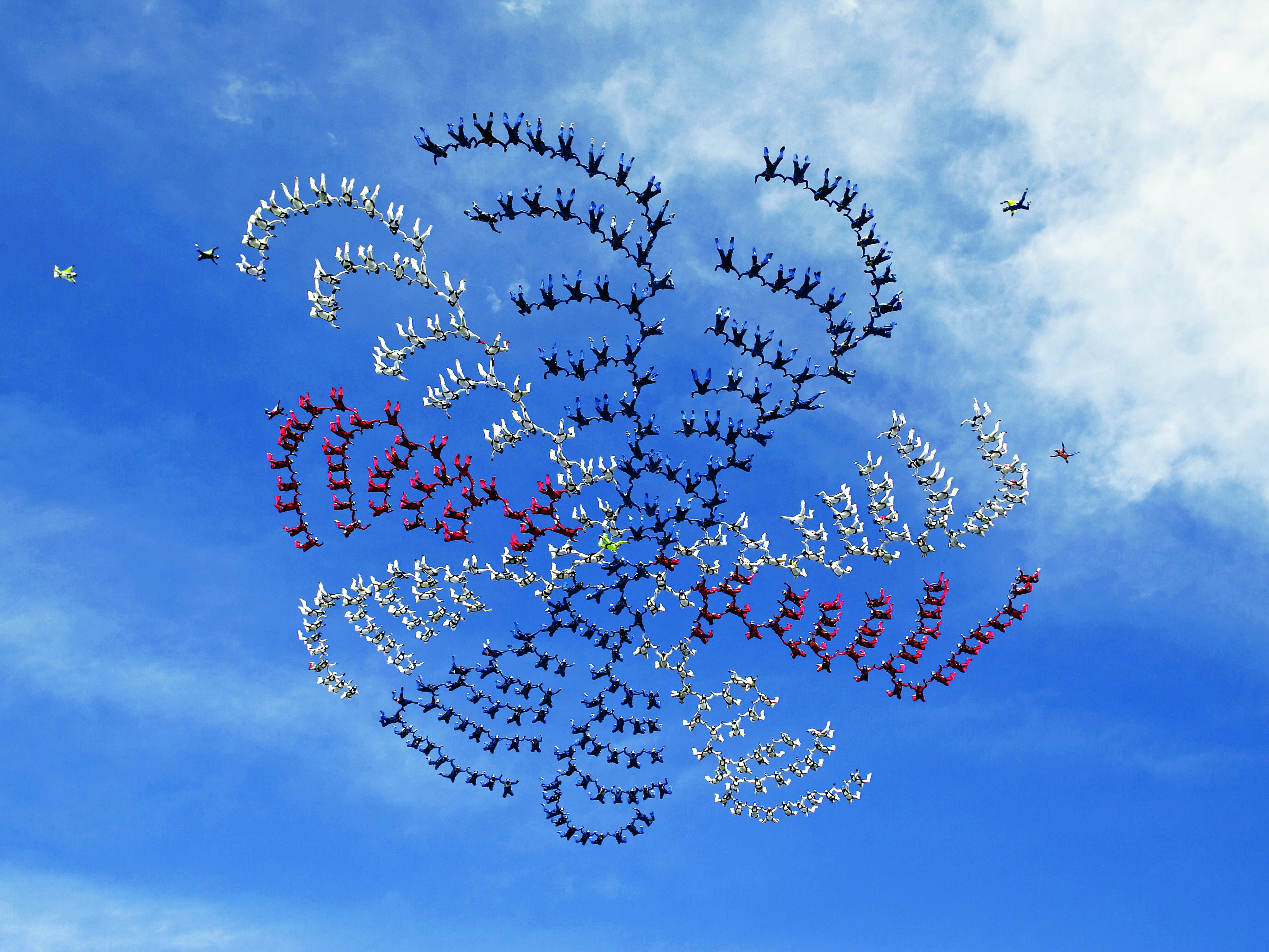 The current FAI world record for largest free-fall formation is a 400-way, set on February 8,2006 in Udon Thani,Thailand by the World Team. It was held for 4.25 seconds. They used five C-130 Hercules airplanes and exited from an altitude of 25,000 feet. 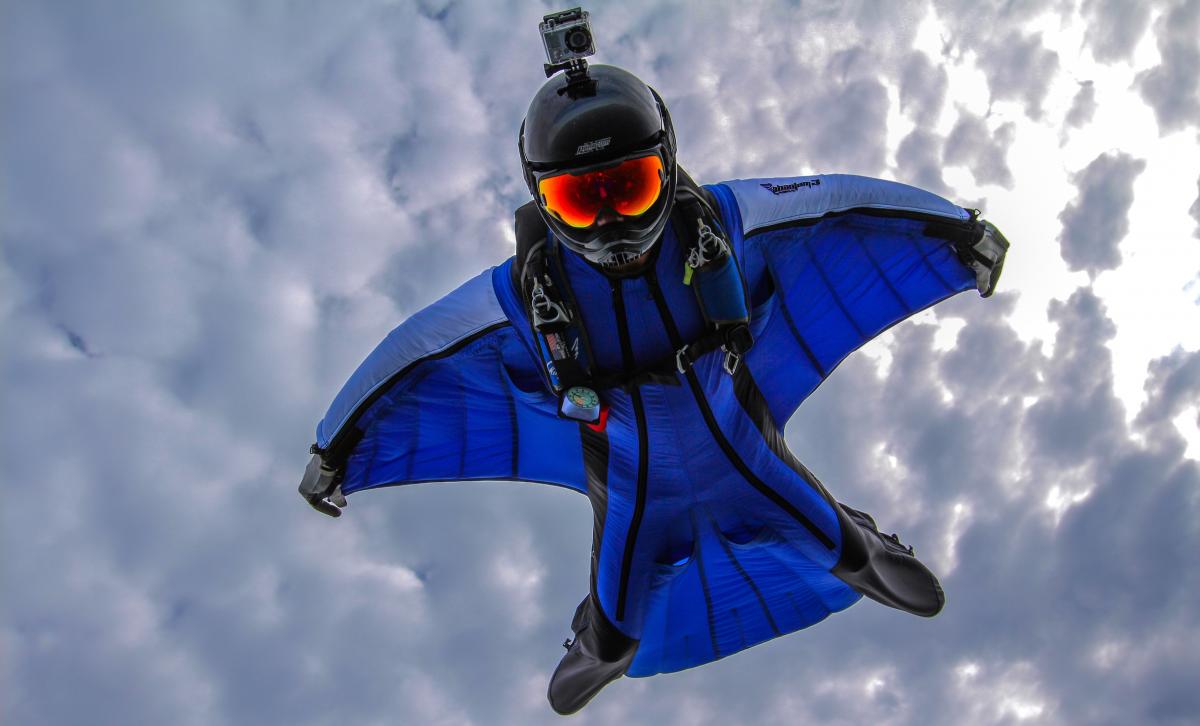 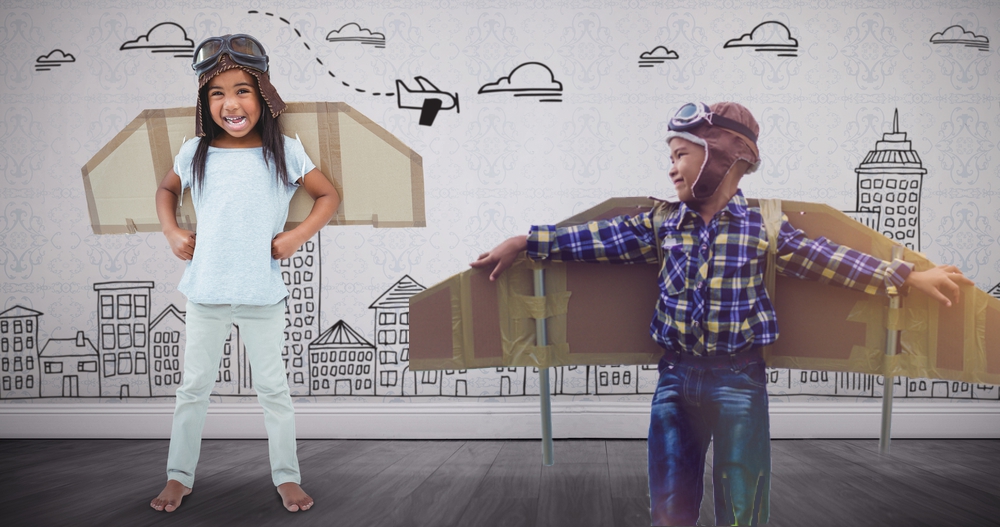 Stock Photo from Shutterfly
Presenting Our Sport to the World

Ignite the Dream of Future Possibilities

Alan Eustace on a test jump before making his world record jump from 135,890.   This test jump was made on May 9, 2013 in Coolidge, AZ. Alan gave a little information about this jump.

"This was the first airplane test, out of a Skyvan, provided by Skydive Arizona. The test unveiled lots of problems. On the exit, the GPS antenna and the communication antenna came off. I could not depressurize the suit because the depressurization valve was just above my left hip - impossible to see - and partially blocked by the harness webbing. 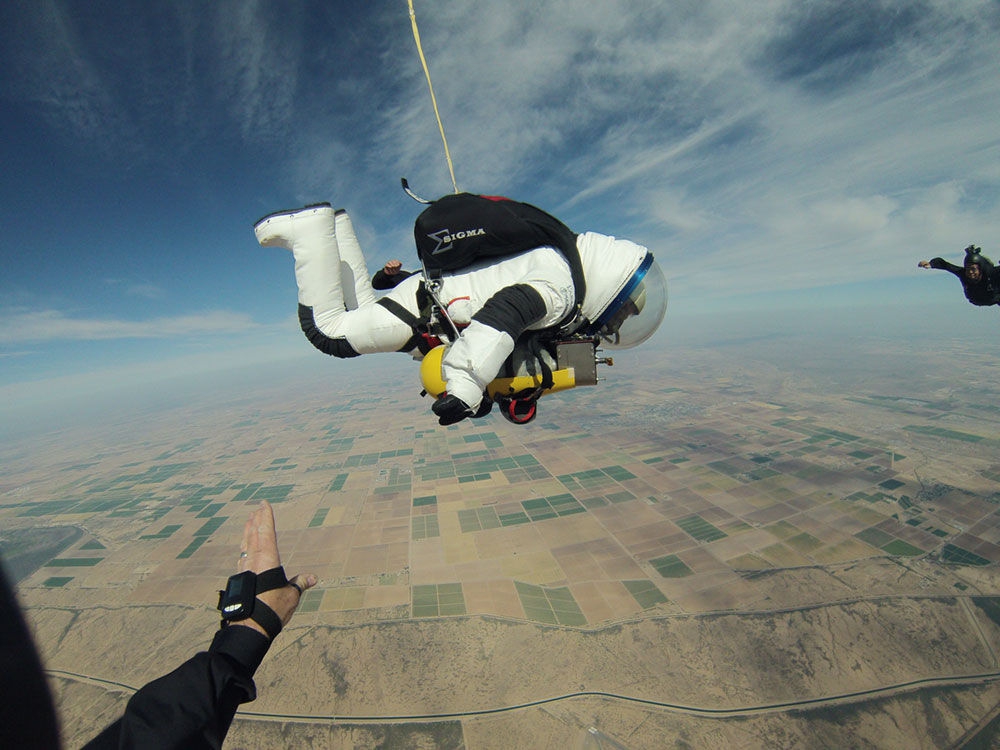 Since I could not depressurize, I also could not reach the steering toggles. I drifted across the desert after opening at 10,000 feet. The team had to work very hard to find me before my oxygen ran out. It took a year to redesign all the systems before we were ready for our second airplane test."

"One other thing this picture shows. I was trying to pull my main parachute (the lower of the two handles on the right side) and the drogue parachute wasn't releasing, so the main didn't come out. Daniel "Blikkies" Blignaut, my good friend and safety diver, had to come in and pull for me. Blikkies later discovered and fixed the problem." 11-way with point of view from the inside of formation over Elsinore - December 16, 1972. Photo by Ray Cottingham.