Richard “Buzz” Bennett, Canadian D-71, is one of Canada’s foremost sport parachuting personalities, with more than 6,300 jumps since making his first in 1966. He chaired the Competition and National Teams Committee of the Canadian Sport Parachute Association (CSPA) from 1975 through 1991, and during that time created its Judge Rating Program and authored a Canadian Judge Training Manual, which is still in use today. He was chief judge 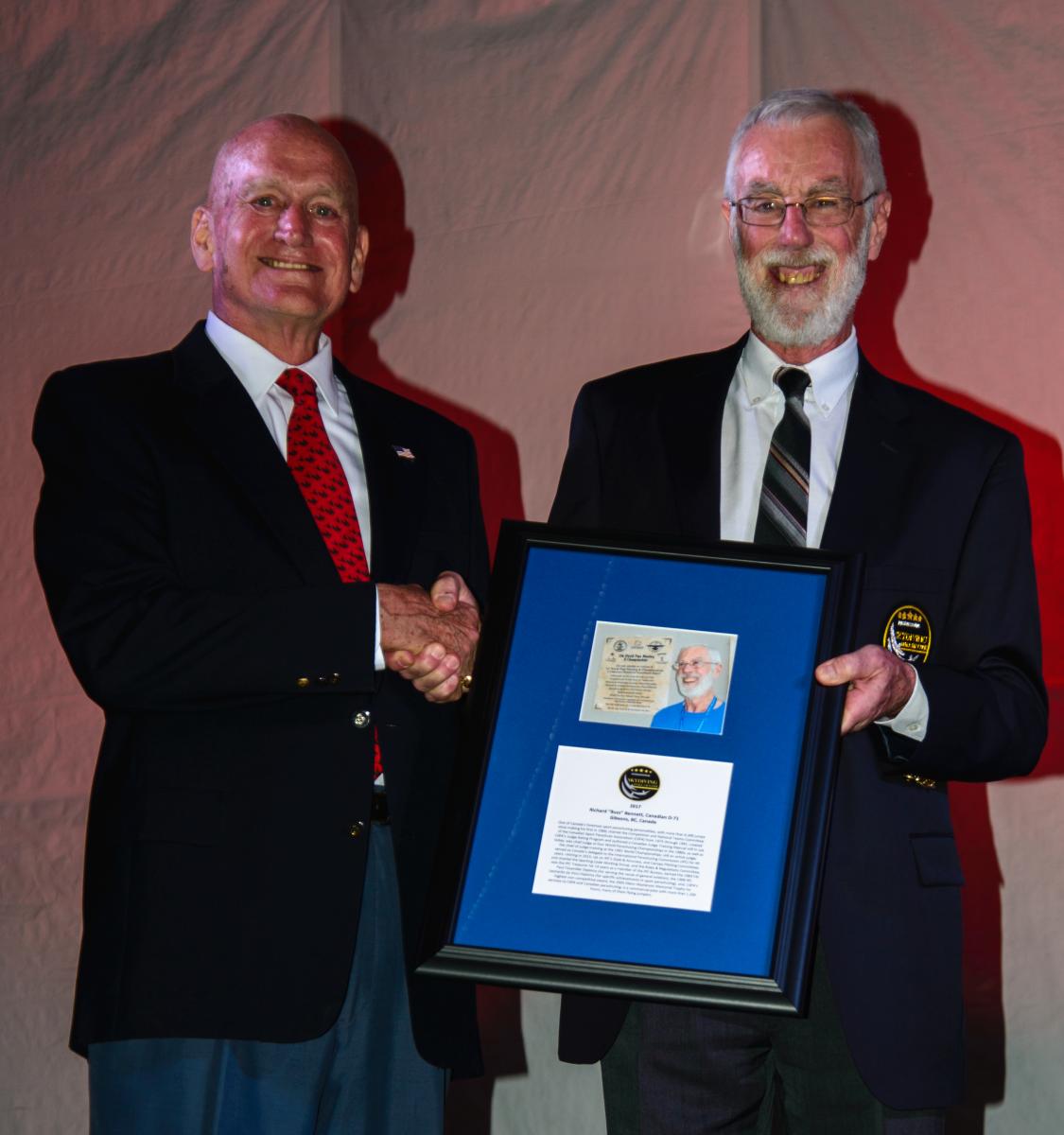 at four World Parachuting Championships in the 1980s, as well as the chief of judge training at the 1991 World Championships. He is still an active judge. Buzz served as Canada’s delegate to the International Parachuting Commission (IPC) for 40 years, retiring in 2015. During his tenure, he sat on the Style & Accuracy, and Canopy Piloting Committees and chaired the Sporting Code Working Group, and the Rules & Regulations Committee. He was the IPC Treasurer for 14 years as a member of the IPC Bureau. FAI awarded him the 1983 Paul Tissandier Diploma (for serving the cause of general aviation), the 1999 IPC Leonardo da Vinci Diploma (for specific achievements in sport parachuting), and CSPA honored him with its highest non-competitive award, the 2005 Glenn Masterson Memorial Trophy for services to CSPA and Canadian parachuting. Buzz is a commercial pilot with more than 1,200 hours, many of them flying jumpers.