Pat Works, D-1813, was an avid promoter of sequential formation skydiving (a.k.a. relative work) since his first jump in 1961 at the Houston Parachute Club. For the next half-century, Pat’s passion was to share the joy of freefall, publishing the RWunderground Newsletter along with his wife, Jan. His words instructed, entertained and inspired skydivers worldwide, and his first book, The Art of Freefall Relative Work, was translated into three languages. 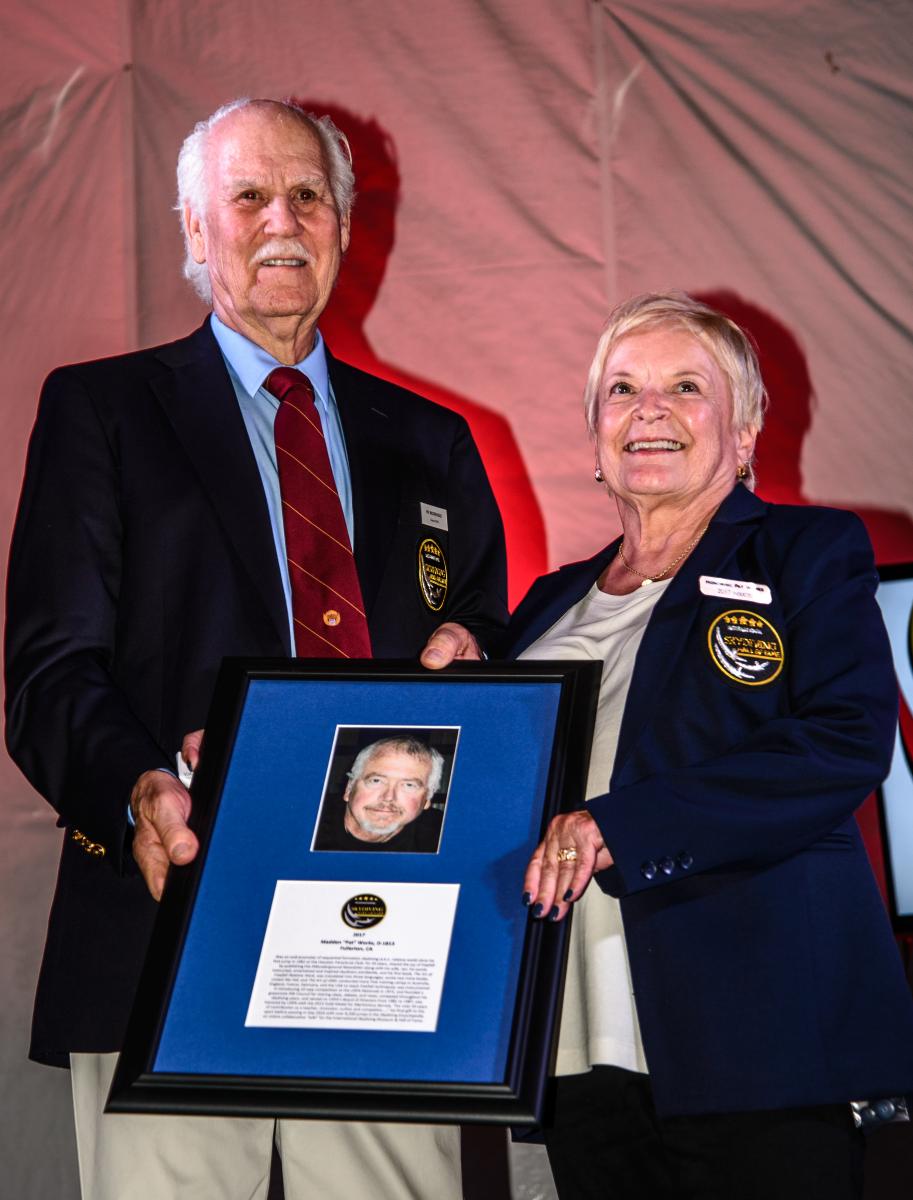 He wrote two more books: United We Fall, and The Art of vRW. Pat conducted many free training camps in Australia, England, France, Germany, and the USA to teach freefall techniques. He was instrumental in introducing 10-way competition at the USPA Nationals in 1972, and founded a grassroots RW Council for sharing ideas, debate, and news. He competed throughout his skydiving years, and served on USPA’s Board of Directors from 1981 to 1987. Pat was honored by USPA with the 2013 Gold Medal for Meritorious Service, “For over 50 years of contribution as a teacher, innovator, author and competitor…” His final gift to the sport before passing in late 2016 with over 8,200 jumps is the Skydiving Encyclopedia, an online collaborative “wiki” for the International Skydiving Museum & Hall of Fame.