Graeme K. Windsor, Australian F-59, has devoted his life to skydiving since his first jump in October 1968 in Papua New Guinea. He has won many Australian National Championships medals in style, accuracy, para-ski, and formation skydiving and has competed extensively in FAI World Championships, winning the 1982 Team Accuracy bronze medal in Lučenec, Czechoslovakia. He has been a national coach, Operations and Safety Manager, chief instructor, instructor examiner, and a parachute rigger. He was a member of the Australian Parachute Federation (APF) board, which included stints as chairman, alternate IPC delegate and later the delegate. He was the 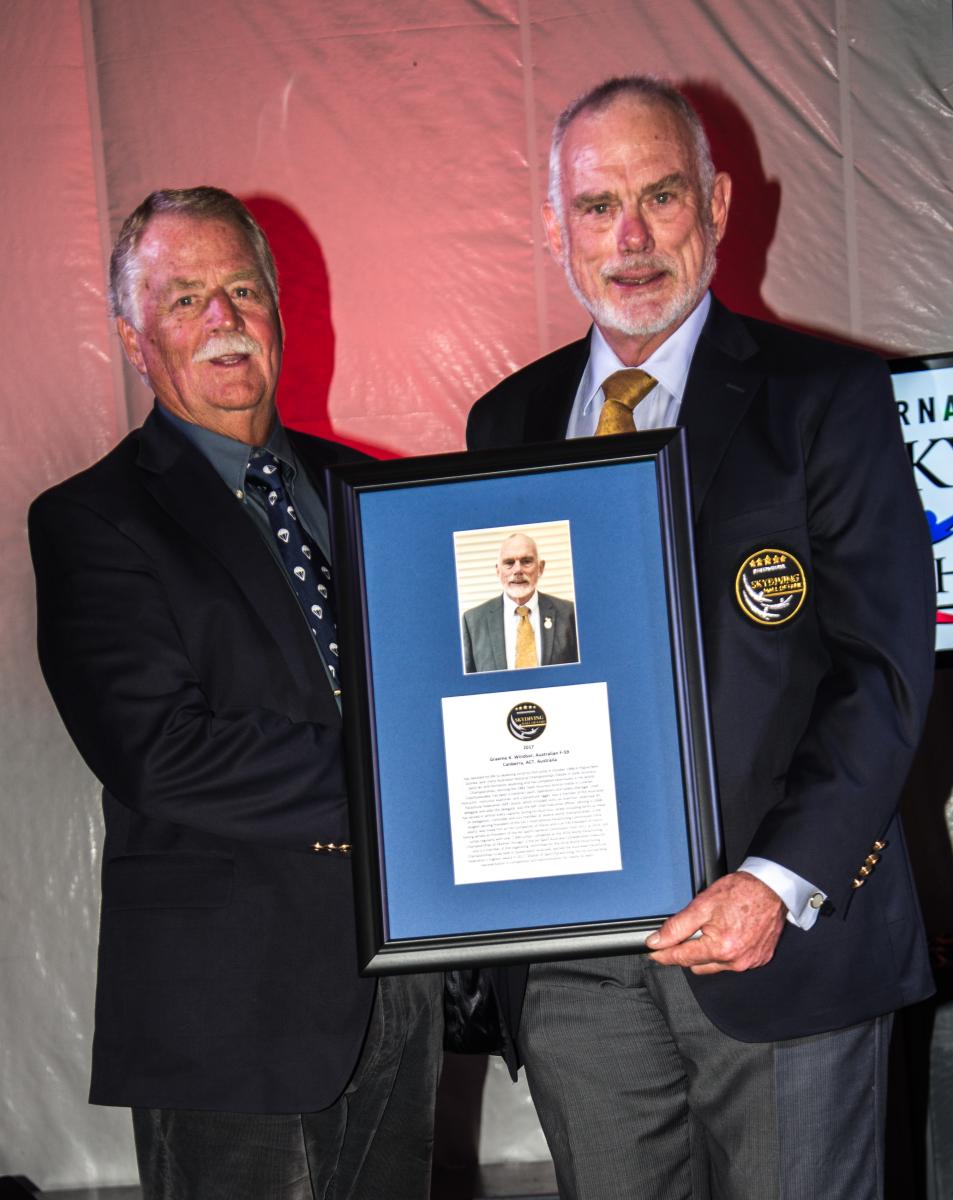 APF Chief Executive Officer, retiring in 2008. Graeme has served in almost every capacity during his illustrious career including terms as Head of Delegation, Controller and Jury member at several world championships. He is the longest-serving President of the FAI’s International Parachuting Commission (nine years). The FAI made him a Companion of Honor and he is an FAI President of Honor having served as President of the Air Sports General Commission from 2011 to 2016. Graeme still jumps regularly with over 7,000 jumps and he competed at the 2016 World Parachuting Championships at Skydive Chicago. He is the Air Sport Australia Confederation treasurer and is a member of the organizing committee for the 2018 World Parachuting Championships to be held in Queensland, Australia. Earlier this year, the Australian Parachute Federation recognized Graeme with its highest award, Master of Sport Parachuting, for his outstanding representation in competition and administration for nearly 50 years.